As part of an effort to increase access to mental health services in Africa, McLean Hospital is partnering with the German-based non-governmental organization (NGO) On The Move e.V.

The groups are working together to increase awareness of brain health and to fight the stigma surrounding mental health in Ghana and Kenya. An expansion of McLean’s Deconstructing Stigma campaign, the collaboration focuses on volunteer programs, fundraising campaigns for medical facilities and schools, and education centered on brain education and mental health awareness.

Why Is McLean Doing Work in Africa?

By working with the NGO On The Move e.V., McLean is delivering on its mission to expand access to high-quality mental health services worldwide. The partnership helps to enhance overall knowledge of brain health and encourage compassion and understanding for individuals living with mental health conditions.

About On The Move e.V.

On The Move e.V. coordinates volunteer programs, fundraising campaigns for medical facilities and schools, and brain awareness activities in African countries, Germany, and the US. The organization’s co-founder Rick Wolthusen, MD, explains that the group was initially created “to facilitate a cultural exchange between medical professionals in Germany and Ghana.” Over time, On The Move e.V. expanded to “build mental health infrastructure, provide holistic mental health care, and work to decrease the stigma associated with psychiatric diseases.”

The NGO offers training in vocational and emotional skills to socially reintegrate mental health patients back into society. In addition, On The Move e.V. provides brain awareness education to increase the public’s understanding of brain function and mental illness, and to fight the stigma surrounding mental health.

In 2018, On The Move e.V. created a Center for Mental Health in Ghana called Home of Brains. The first institution of its kind in the country, the center offers mental illness prevention services, therapy, and education. All activities build on research. Home of Brains also collaborates with local hospitals on referrals and rehabilitation efforts. On The Move e.V. provides similar services in Kenya. The NGO collaborates with local partners from different sectors, including the newly founded mental health patient advisory board and religious leaders from different institutions, who act as gatekeepers for community mental health needs.

Now expanding its efforts in Africa, On The Move e.V. has started working with a mental health NGO in Rwanda and is reaching out, in collaboration with a partner NGO from Montréal, to organizations in Senegal, Cameroon, and other French-speaking countries in Africa to seek collaborative opportunities.

To increase his group’s education and anti-stigma efforts, Wolthusen reached out to McLean Hospital in 2017. “I got interested in McLean after seeing the Deconstructing Stigma display at Logan airport,” he said. Much like the Deconstructing Stigma campaign, On The Move e.V. has collected stories from mental health patients and created public displays and exhibitions in Africa and Germany.

McLean is working with Wolthusen, who is pursuing a master’s degree in public policy at Harvard’s Kennedy School, on new anti-stigma outreach campaigns and they are planning a Deconstructing Stigma-style display for Harvard University later in 2019. On World Mental Health Day 2018, On the Move e.V. and McLean partnered for the premiere of the documentary “Obuongo Edhano – Embracing Mental Health in Western Kenya,” a film, which was produced by Millstone Media Production, showcasing the mental health work being done by the NGO in Kenya.

Facts About Mental Health in Africa

These participants in the Deconstructing Stigma campaign are bravely telling their mental health stories and sharing their experiences in the hopes of breaking down the stigma surrounding mental health.

These diseases are treatable and there is life after mental illness

V. was diagnosed with a substance use disorder, leading to psychosis. According to his father, V. became unsettled, violent, and could not sleep. That is when they brought him to the hospital.

“I used to take alcohol, then one time I began to see things, then I became violent and disruptive. I lost my job as a mechanic. I hope to resume work now that I am better. I have also stopped drinking. I do not want to repeat my mistakes and end up in the mental health ward again!”

V.’s family is very concerned for him, but at the same time he has lost a few friends.

“I am grateful for the support of my family and I hope to do even better soon.” I will beat this thing

S. was diagnosed with depression in early 2018. Before he was diagnosed, he was a student studying electrical work, going about his everyday life.

“One day I went to work and my brain went blank. I sat down and for a while could not speak or recognize myself. I am overwhelmed by this constant feeling of sadness. I cannot go back to school or work because I am still sick. This saddens me more because I cannot take care of myself physically and economically.”

S.’s family was saddened and concerned by his condition. They asked themselves: What did he do to deserve this? What did he take? Was he bewitched?

“A few of my friends are supportive. Some no longer call me. My social contacts have reduced as I talk less nowadays, and I feel that fewer people understand me. I trust God that my treatments will help me get better so that I can live the productive life I once led.” With or without mental illness, I am a human being. Treat me like one.

Z., a former salonist, was diagnosed with psychosis in 2011, after she lost her pair of twins days apart.

“I suffered from adjustment disorder, then became violent. They said I was destroying things at the hospital and beating up people. My violent episodes recurred later, with my second pregnancy. My family understands me, but other people do not. They run away from me, calling me ‘mad woman’. This is distressing for me because I do not do those things while in a sound state of mind.”

Z.’s mother is concerned for her daughter, because she has attempted suicide three times, sometimes out of despair.

“Ever since I left hospital, I am no longer violent. I take my drugs and I feel better. I am trying to get my life on track.”

But some people still give Z. a hard time, “I tried to get my old salon job back, but they said ‘no, you are not normal.’” K. was diagnosed with epilepsy and later schizophrenia. According to his mother, he had his first epileptic seizure at three years of age. She says, “I took him to hospital and shared with health personnel. They said that nothing was wrong with him. I felt discouraged and misunderstood because I knew that something was wrong with my son.”

His family was bitter when they found out that K. was sick. They could not understand what or why he was sick. “Sometimes I am sitting or doing something, then I fall down, and when I come to, I have no recollection of anything.”

According to his mother, “My son could not even relate well with other children due to his speech impairment. This was hard on me as a parent.” Do not run away from us when we are sick. It is when we need you most.

W. was diagnosed with schizoaffective disorder.

“I used to drink a lot. Then one day I went mad and removed my clothes. My friends carried me and took me to hospital. My friends understood my problem and helped me get admitted, but my wife felt threatened by me and ran away with our children. She fears me.”

But that was not the only battle he fought. “Since I also fell sick, I felt useless, as I was unable to work and provide for my children.”

“I am a plumber. I have lost two jobs because of stigma for mental illness. At one refinery, when I disclosed my condition before hiring, I was denied the job.” At another job, he was fired without benefits because he had a schizophrenic attack while at work. “I feel lonely and discouraged.” My story could be anybody’s story. Do not discriminate against people with mental illness.

S. was diagnosed with a substance use disorder.

“I can’t remember what happened but I used to drink a lot of alcohol. The day I was admitted I had been assaulted by a police officer, and a violent episode ensued.”

His family knows about his condition, and “they have been as supportive as they can.” But his life has still changed. “My condition has inhibited my speech. I cannot even work because I keep having disruptive hand tremors. I cannot earn an income.”

S. also realized that some people are afraid of him because they think that he is violent. 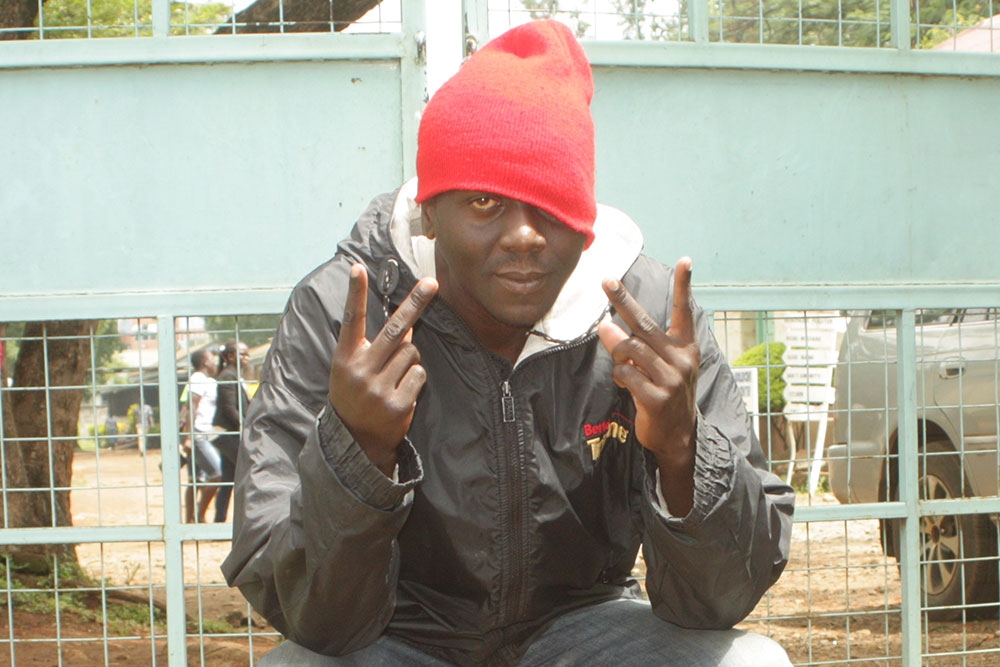 Avoid alcohol and drugs. Prevention is better than cure.

B. was diagnosed with a substance use disorder and schizoaffective disorder.

“I got to a point where I did not want to see anyone in front of me. I was very violent.”

His mother knew about his illness and was very concerned. She brought him to the hospital and visited him when she could. This love helped him recover.

“I am now a changed man. I hope that I can live a healthy life from now on. The doctor told me that my situation is brought about by my alcohol use. I stopped.” 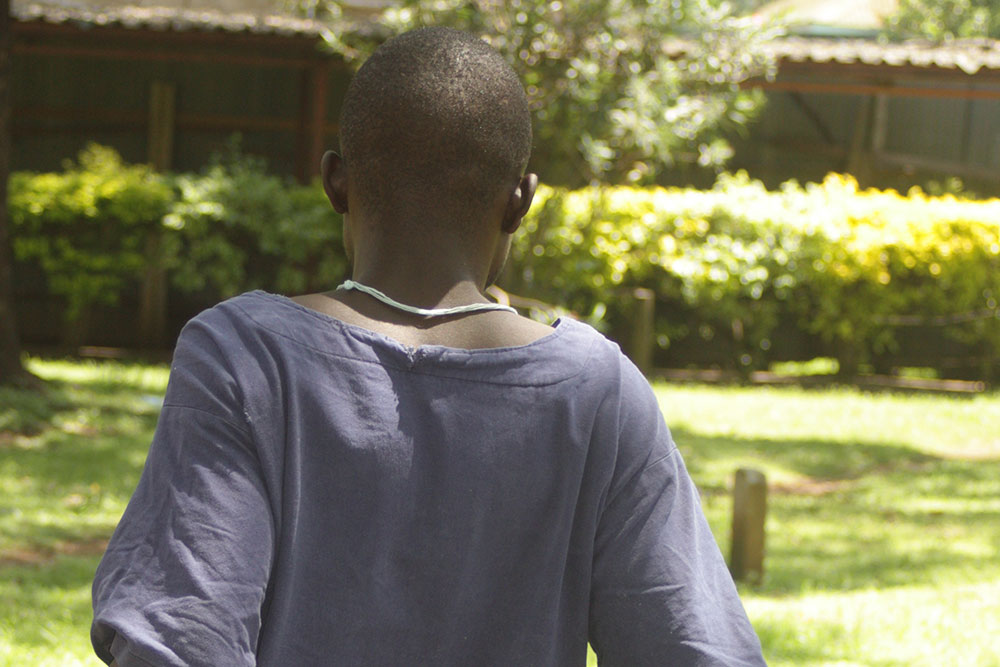 Support people with mental illness. It can be anyone.

D. was diagnosed with drug-induced psychosis recently. His symptoms started after taking drugs. He felt itchy all over his body and told his guardian to take him to the hospital.

Even though his family is supportive of his condition and visited him in the hospital, his life is still different. “I was an office assistant, but since I got sick, I lost my job. I want to go home and resume my normal life.” I’m only human. I wish people could see this.

T. was diagnosed with a mood disorder in 2008. She still remembers how her symptoms started. “I became violent all of a sudden in 1980. I fluctuated between intervals of happiness and aggression. I was prayed for, but it did not work.”

And yet T. did not receive immediate medical attention. It was only in 2008 that she was taken to a hospital and diagnosed. Her niece states: “My aunt’s disease is a weight to the family. She wanders off during her episodes and is unable to take care of herself or do anything.”

T. is saddened that she cannot take care of herself, her home, or her children while she is sick. “My children have had to stay and grow up with relatives.” She adds, “Some people do not understand that some of the things I do are out of illness. They beat me.” 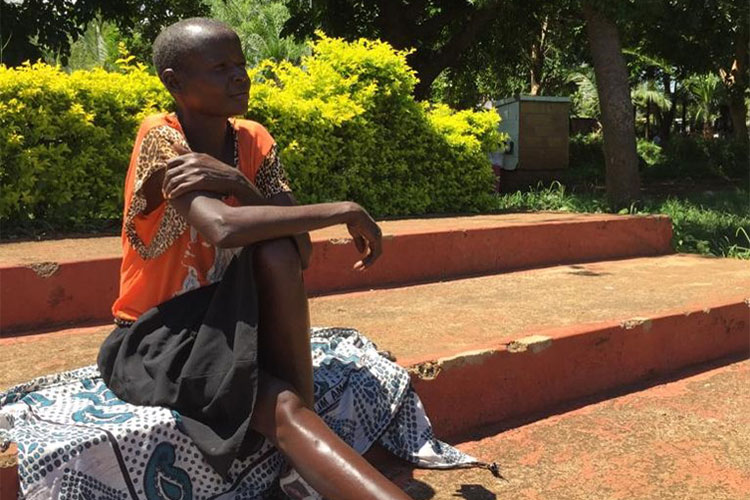